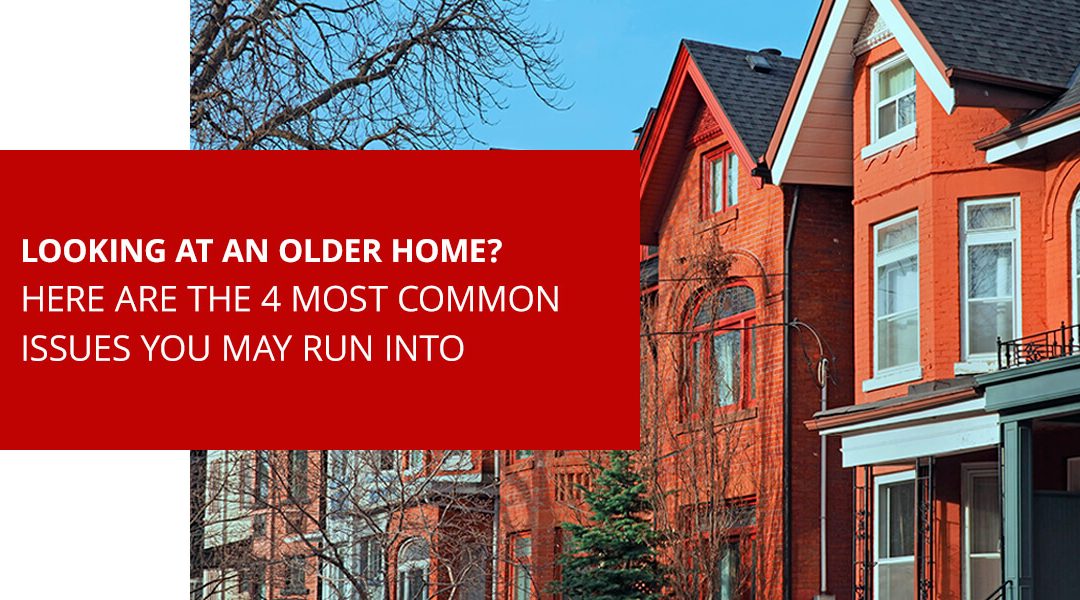 Are you looking into buying an older home? You are not alone. Purchasing older homes is becoming increasingly popular for many reasons. These reasons include people wanting to expand their real estate portfolio, “fixer-upper” projects and the fact that it’s generally less expensive to buy an older home. But what are the common issues that affect old homes? In this post, we will detail what to look for in an old home.

What Is an Old Home?

The definition of an “old home” varies, depending on who you ask. The oldest homes in the United States date back to the 1600s. Here are some of the oldest houses in America.

However, your home doesn’t have to date back to 1640 to meet the criteria of an older home. While opinions are subjective, many prospective homebuyers might consider homes built in the 1960s and earlier as old.

One source for what defines an old home is the National Register of Historic Places. In general, a home must be at least 50 years old for inclusion on this venerable list.

Another difficulty associated with plumbing in older homes is “bellied lines.” As a house settles over time, pipes underneath the house can bend. If pipes become bellied, it will restrict water flow, leading to clogs or leaks. If your home is experiencing any plumbing problems, contact a skilled plumber to remedy the issue.

Problems with roofing are another common issue found in older homes. As homes age, the roof is one of the first parts to deteriorate. Over time, weather conditions, maintenance frequency and many other factors can contribute to roofing issues. Below are some signs of an aging roof that will require professional attention.

Hazardous building materials used in construction are among the most significant concerns for those looking to purchase an older home. Here are a few of the materials used to build older homes that are no longer in use today.

Drafty, leaky windows are another common issue in older homes. Below are some signs that you need to have your windows inspected or replaced.

Issues with plumbing, roofing, building materials and windows are typical in older homes. If you are experiencing plumbing problems in your home, contact Crawford Mechanical Services. We are a family-owned business based in Columbus, Ohio, that specializes in residential and commercial plumbing. Our team of experts can handle any plumbing need, from a small leak to a full bathroom remodel.